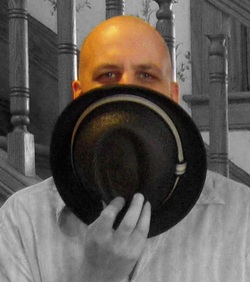 Oscar Laun is a multi-instrumentalist who writes music in an eclectic mix of jazz, rock, pop, blues, and vocal

styles. Oscar Laun began playing and performing in the early 90's in Dallas-Fort Worth-Denton as the drummer for

Studio", where he has recorded such diverse acts as Ashley Rose, Dog Men Poets, Monkey Soop, Sir Rodney Warner, The

Pantheress, Skripta, Thrashing Ashley, and his own music under the name Balsa Racers. Balsa Racers music strikes a

balance between melodic vocals, stimulating lyrics, and instrumental work. Described as a mix between Crowded

resonate with the listener.His music is available online at: